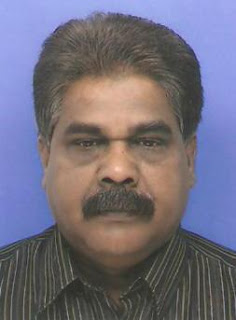 Why no action taken against employers that do not pay minimum wages as per law?

Suaram has questioned why no action is being taken against employers for not abiding by the government's minimum wage requirement, but instead against Nepali workers who had intended to hold a demonstration over the matter.

The human rights group said there was nothing to be proud off in regards to police’s action yesterday.

R Thevarajan, of Suaram's Police, Accountability and Reform desk, claimed that police do not understand the real issue behind the proposed peaceful protest.

He claimed, in a statement today, that the workers had no choice but to show their displeasure by organising a peaceful demonstration.

What is strange, he added, is that the workers were arrested even before the actual protest took place.

“What is their offence and what is the charge against them?” he asked in the statement.

“Why should the foreign workers be arrested and why are the employers, who failed to abide by this (minimum wage) requirement, not brought to justice?”

He went on to call for the Human Resources Ministry to respond to yesterday’s detention.
He said it was not enough to merely state that implementation of the minimum wage policy, which came into effect on Jan 1, could be deferred to a later date.
Right to assemble

Thevarajan said the authorities should respect Article 10 of the federal constitution over the right of citizens to assemble peacefully and urged those picked-up by police to be released.

Police, he said, should understand the bread-and-butter issues affecting workers, regardless if they are locals or foreigners, as their rights are being exploited by the employers.

Earlier, Bernama reported that Muar police had foiled an attempt by 5,000 foreign workers from Nepal to hold a demonstration at the town centre at noon, yesterday.

They had wished to protest against their employers for allegedly failing to pay salaries according to the minimum salary scheme as decided by the government.

It was reported that based on a tip off, police moved in to prevent the group from gathering in front of a supermarket in Jalan Ali, Muar.

Muar police chief ACP Mohd Nasir Ramli had said 106 people, including the alleged masterminds, were detained for further investigations until 1pm, after which they were released.

Last week, Muar police arrested 32 Nepalese workers for creating a riot at a furniture factory as they were unhappy that their salaries had not been paid according to the minimum salary scheme.- Bernama - Malaysiakini, 18/3/2013, Suaram questions inaction against errant employers
Posted by Charles Hector at 12:15 AM No comments:

The PSM condemns the heavy-handedness of the government in dealing with the protest of Nepali migrant workers over non-implementation of the minimum wage in furniture manufacturing factories in Johore and a textile company in Negri Sembilan.

The demand of the affected 5000 over largely Nepali migrant workers is for the minimum wage of RM900 to be implemented as promised by the Malaysian government to the entire Malaysian workforce. All employers, except for the 635 companies that applied for and were granted a 6-month deferment, are required to implement the minimum wage ruling from January 2013.  As such what is criminal in the demand of the protesting workers?

Instead of taking to task the errant employers, the government has ganged up with them against the workers. The migrant workers have been arrested and roughed up. Yesterday over 100 workers were arrested purportedly to prevent a riot from taking place.  It’s a shame that police instead of playing their role of keeping order, have resorted to forcefully preventing the industrial action of the workers against their exploitative employers. In Nilai, the police went into the hostel with the Bosses to ask the workers to go back to work. A police report has been lodged by PSM on this incident as well s a letter to the Minister concerned.

It is shocking that the measures adopted to deal with the now-foiled Sunday rally referred to the deployment of riot police, roadblocks, and illegal assembly notices, as if dealing with a bunch of dangerous criminals. There was not a single mention of the only action needed to resolve the dispute according to Malaysian law i.e the implementation of the minimum wage law by the companies employing these workers!

The furniture industry which is said to be heavily dependent on migrant workers contributes RM7 billion to the economy. Recron Malaysia, the Negri Sembilan textile and polyester manufacturer which pays its migrant workers between RM240 and RM400 is linked to Ambani, India’s richest man. In approving additional migrant workers for the furniture industry, Malaysia’s International Trade and Industry Minister remarked that a shortage of workers could lead to companies going bankrupt thereby affecting the industry and the national economy. What then but a greed for higher profits, explains the denial of the minimum wage to these obviously ‘indispensable’ workers?

The PSM asks the Human Resources Ministry to come to the defence of  all the affected migrant workers who have been victimized for highlighting the denial of the minimum wage of RM900. The ministry should take action against the employers for violating the minimum wage ruling.

Posted by Charles Hector at 12:06 AM No comments:

See earlier post, being a background to the statement which SUARAM has issued condemning the arrest of workers....
Police arrest 106 migrant workers to allegedly thwart possible protest by 5,000 workers in Muar
Kenyataan Media: 18hb Mac 2013

The pressing need for minimum wage

All these years people have talked about how Malaysia’s poverty line income (PLI) is way too low and that we have been understating the amount of poverty in the country.

Some even go as far as to say that the amount of poor in Malaysia could well be increasing.

But when we set a minimum wage based on reference to the PLI for households in Malaysia, there was a lot of outrage over this. “How are we to be able to make ends meet and show a profit” the small and medium enterprises (SMEs) ask.

The price of food and services will go up, they say and most of us will go bankrupt, the SMEs add. But will they really or will we see a fairly rapid shift to get more out of each employee and raise productivity?

When I joined Shell as a human resources officer back in 1982, they were already talking about a minimum wage. Now, more than 30 years later, it has finally been implemented.

Our Prime Minister worked hard to bring this about and he put the implementation of the minimum wage as a key performance indicator for the human resources minister. Let’s not turn the clock back anymore. We must move forward.

Our reference level for the minimum wage is simply the PLI. The average PLI for Malaysia is RM800 (RM763 for Peninsular Malaysia, RM1,048 for Sabah and RM912 for Sarawak).

It was tough to arrive at a consensus on minimum wage as employees and unions wanted the level to be much higher whilst many employers wanted it to be much lower. A reasonable compromise was needed.

Eventually, after many studies, involving the International Labour Organisation (ILO) and negotiation with the relevant parties, it was settled that the minimum wage for Peninsular Malaysia will be RM900 a month and RM800 for Sabah and Sarawak.

Now, this was done despite a higher PLI in Sabah and Sarawak because the average salary among SMEs in Sabah and Sarawak was very low. Many employers argued vehemently that if the level was set higher than RM800, they run the risk of closing down their business or go bankrupt. The two states were given a dispensation but they will have to increase the PLI to match that of the peninsula over time.

Credit for establishing the minimum wage is squarely attributed to three people, namely, our Prime Minister, the Human Resource Minister and also the Secretary General to the Ministry of Human Resource. They had the leadership conviction that we needed to pursue it despite tough resistance, as it was one of the strategic reform initiatives recommended under the New Economic Model.

Our economic transformation goal is to make Malaysia a high-income nation by 2020, with a per capita income of US15,000 a year. But that has to be both inclusive and sustainable. How are we going to be inclusive, which means involving all sectors of society in the overall prosperity of the country, if we don’t raise the incomes of workers down the line?

Make no mistake about it – minimum wages will benefit lots of people. Believe it or not some 3.2 million workers, mostly in SMEs, earn less than RM700 a month. These people must be helped.

If we don’t set some minimum standards about wages we can’t even be sure that employers will take the right steps to increase productivity per person because labour cost will be so cheap.

To move into higher income we need a quantum leap in productivity and that means valuing a worker more and investing in training and tools to get there.

Otherwise, we will be using more and more workers cheaply obtained from here and overseas to get production up. Production may go up for a while, yes, but productivity won’t and the income the workers earn won’t go up much, if at all.

That’s also partly the reason why we don’t want an exemption from minimum wage for foreigners. Ethically we should pay equal wages for equal work done. Economically we want minimum wages to help bring about an increase in overall productivity.

Cheap foreign workers also mean that the price of local labour will be depressed as well putting a downward pressure on wages and making employers overly reliant on cheap labour.

For the next stage of growth for our economy which will take us into the high-income bracket, we need to move up the value chain in terms of production. We must produce more with the same number of, or even less, people.

We need to change the way we operate. We must couple talent with technology to increase our productivity. The days of pumping cheap labour into the economy to increase production are over – we have reached our limit.

If we do not make that vital transformation now by putting a proper value on our labour, there will be little incentive to automate or train. Minimum wages are part of our strategic reform initiatives to enable us to raise productivity.

I am confident that if we value our labour more by paying them a decent wage, then we will do more to ensure that they will earn their keep. And we will give them tools and training to do that.

The SMEs ask how they are going to make profits with minimum wages set at such levels. I would like to ask how a wage earner is to meet his and his dependent’s minimum requirements for food, shelter and clothing if he is paid below PLI? Whose need is more pressing?

Setting a floor income for the needy is the least we can do for them.

Datuk Seri Idris Jala is CEO of the Performance Management and Delivery Unit and Minister in the Prime Minister’s Department. All fair and reasonable comments are welcome at idrisjala@pemandu.gov.my
Posted by Charles Hector at 8:47 PM No comments: