The Malaysian Trades Union Congress, an umbrella for private sector unions, has threatened a nationwide strike if its request for a minimum monthly wage is ignored. It had earlier proposed that the minimum wage be fixed in the range of 600-1,200 ringgit ($157 to $316). - Inter-Press Services, 11/5/2000, RIGHTS-MALAYSIA: MINIMUM WAGE ROW SPLITS WORKERS, GOV'T

Email ThisBlogThis!Share to TwitterShare to FacebookShare to Pinterest
Labels: Kesatuan/Union

'Contractor for Labour' - well, the government introduced the amendment to the Employment Act to 'introduce' the 'contractor for labour' only in 2010 (then again 2011), and it was passed on 22/12/2011 - BUT the TRUTH is that they have already existed in practice since about 2005, allowed and permitted by the Government of Malaysia.... and they have been supplying workers to factories and other workplaces, and these workers that they supply has not been treated as employees of the 'principal or owner of the workplace', rightfully the true Employer - the term that many workers give these workers are 'OUTSOURCED WORKERS' or contractor's workers - and they are not employees of the workplace, and cannot become or join unions at the workplace... (In some factories in Malaysia, these 'outsourced workers' (pekerja outsourced) supplied by 3rd parties is now about 50% or more of the total workforce in the factories...effectively weakening unions and their bargaining powers)
NO GOOD IF THE GOVERNMENT SAYS THAT THE RECENT AMENDMENT WILL ONLY APPLY TO THE PLANTATION OR AGRICULTURAL SECTOR - THIS IS NOT GOOD ENOUGH.
What we need is:-
1) Immediately stop the practice of using workers of 3rd parties at the workplace - NO MORE 'Outsourced Workers' - All workers at the workplace must be employees of the principal or owner of the workplace, and as such is able to join unions and benefit from existing CAs. All these 'outsourced workers' and/or 3rd party supplied workers must be immediately made into worker-employees of the principals or owners of the workplaces.
2) The government must immediately withdraw and repeal the provisions added to the Employment Act vide the recent amendments. Remember, while one objection is about the 'contractors for labour', there are many other objections to the new amendments, including but not limited to objections to the amendment that will allow employers to pay workers overtime, work on rest day, etc done for a particular month to delay payment by a wage period (overtime in January now can be paid by employer not when they pay January salary - but only when they pay worker's February salary, and the objection to the sexual harassment provisions (see Why 'Sexual Harassment' proposed amendments to Employment Act must be withdrawn?....JAG :- Employment Act amendments piecemeal and unjust)

Amendments apply only to plantation and agricultural sectors (Updated)

Posted on 6 March 2012 - 04:00pm
Last updated on 6 March 2012 - 09:29pm
PUTRAJAYA (March 6, 2012): In a move to placate angry trade unions, the government has decided the contentious “contractor for labour” amendment in the Employment Act (EA) 1955 will now only apply to the plantation and agricultural sector.
Human Resource Minister Datuk Dr S. Subramaniam announced today all other sectors will be exempted from the amendments which were passed in the Dewan Rakyat last year.
Thus the sections 31, 33(a), 69 and 73 under the EA on the contractor for labour, he said, will only apply to plantation and agriculture workers.
He said the decision was made according to Section 2 of the Act which gives power to the minister to exempt any sectors from following an amendment.
Subramaniam made the announcement after chairing the National labour Advisory Council meeting at his ministry here today.
“This is a win-win situation where we give one sector that wants the amendment and we exempt all other sectors that do not want the amendments.
“The Malaysian Trade Union Congress (MTUC) has agreed to this at the meeting and from now I hope the issues and problems surrounding the contractor for labour (clause) will be resolved and erased,” Subramaniam said.
MTUC had objected to and organised several pickets against the amendments to the EA, especially on the clause for contractor for labour.
The union contends that this clause would alter employer-employee relationship in situations where outsourced workers supplied by ‘contractors of labour’ are used.
There are concerns that without a clear cut provision in the EA on the clause, workers’ rights may be jeopadised as it is not clear who the real employer is – the contractor of labour (company supplying the workers to a particular party), or the company where the workers are sent to?
Another worry is that in the event of any contravention of the EA, it will be difficult to charge the contractor for labour for the offence and the real culprit who ill-treats the worker will escape punishment, as they are not deemed to be his employer.
Subramaniam reiterated that the National Union of Plantation Workers (NUPW) had requested the government to implement the contractor for labour policy in order to protect their rights and welfare.
It was reported that NUPW had, in 1997, suggested at the International Labour Organisation-Asia Pacific Regional seminar in New Delhi that contractors be licensed and registered.
However, MTUC had objected to this as it would regard the contractor rather than the factory owner as the employer.
Its concern was that this may result in factory owners washing their hands off their traditional responsibility to the workers, and the workers’ right to unionise would be undermined.
Subrmaniam had reportedly said the original term “sub-contractor for labour” was amended to “contractor for labour” to widen the definition of the word, and that it was not a new idea. - The Sun Daily, 6/3/2012, Amendments apply only to plantation and agricultural sectors (Updated)

Posted by Charles Hector at 9:19 PM No comments: 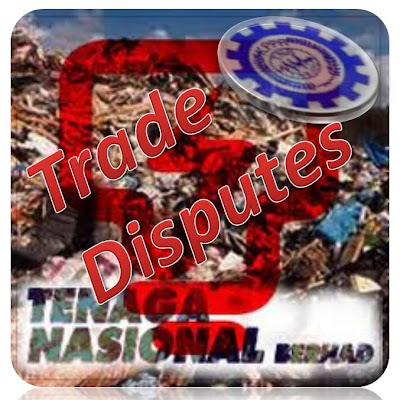 Posted by Charles Hector at 11:34 PM No comments:

Outsourcing Agents and their Practices: An ‘Illegality’ and Injustice that Must End

Outsourcing Agents and their Practices: An ‘Illegality’ and Injustice that Must End
Employment relationships must respect worker rights guaranteed by law
by Charles Hector