December 1, 2016
The time is ripe for the Malaysian Trades Union Congress to transform itself to meet present challenges in Malaysia as well as the global economic order. 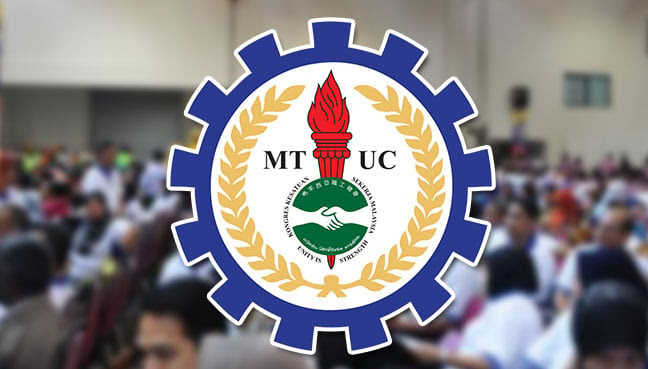 
The Malaysian Trades Union Congress’ (MTUC) recent Triennial Delegates Conference (TDC) culminated in the delegates deciding upon a leadership change to serve its affiliates and Malaysian workers for the next three years. The team led by Abdul Halim Mansor and J Solomon won in the contest for most of the positions, edging out the team led by Abdullah Sani and N Gopalakishnam.

As with most elections, factions will be formed, of which there is often factionalism within the factions themselves. With the benefit of hindsight, this is something that is healthy and upon which rests the survival and vibrancy of any democratic and progressive institution. The MTUC has treated us to many such interesting, tense, and sometimes even divisive contests over the years.

Such contests invariably result in some winning and others losing, and this should be distinct from categorising the candidates as winners and losers. There is a place for everyone and the spirit of the contest, which is to make MTUC better and stronger, must be appreciated. There needs to be a coming together within MTUC and the likes of Sani and Gopalakishnam will continue to have a pivotal role to play – if they so desire.

The mandate to lead

The newly elected office bearers have been given a mandate to lead MTUC for the next three years, with the appropriate mechanisms in place such as the General Council to ensure that the leadership acts in accordance with the aspirations of the affiliates, trade union members and workers of the country. The new leadership must be given the support, space and time to establish themselves.

Halim is a veteran trade unionist and has spent many years in various positions within the MTUC, and is well versed with the industrial relations machinery. Solomon, in his more than a decade leading the National Union of Bank Employees (NUBE), is a dynamic and visionary trade union leader, who has pushed the boundaries many a time in his efforts to bring justice for workers. With the other elected leaders and with the support of the General Council of MTUC, they are in a good position to take the organisation to its next level.

There will continue to be disagreements within the MTUC, as is the case in almost any organisation, and this should be approached in a constructive manner. Petty bickering will only serve to detract the MTUC from the gargantuan task which lies ahead – to serve the interests of trade unions and workers in Malaysia.

The changing world and employment context

Workers and the middle class are increasingly disenfranchised and this is finding its voice all over the world. The BREXIT vote, the recent US Presidential election, the political direction of France, Italy and Austria are some examples of the status quo being challenged. The neo-liberal agenda, which has now established itself into the mainstream’s political, economic and social world order, has failed the common people and especially the workers. Globalisation and trade liberalisation in its present form, with insufficient safeguards for workers and the 99%, has caused an imbalance which is not sustainable.

In Malaysia, workers have been denied their fair share of the country’s economic progress – more so in the recent past than probably ever before. The rising cost of living, casualisation of labour, promotion of precarious employment practices and depression of wages has caught up and the common Malaysian worker is paying a heavy price for it. Trade union legislation, which is supposed to be in place to accord workers an appropriate right of representation and the facility to collectivise, has regressed over the years. It is now the case that the entire system can be said to be anti-labour.

The MTUC is the right body to re-establish the place that labour should occupy in society, and this is not going to be done easily and will require a lot of hard work and most of all unity within MTUC.

MTUC has served workers and trade unions well over the years, despite the limitations imposed upon it by the system. The time has come though for the MTUC to consider a need to transform itself to meet the challenges of current-day Malaysia and the global economic order. Apart from the administration of the MTUC, areas such as organisation of trade unions and trade union membership, research and education, public relations and its image as a whole need to be reviewed.

The MTUC needs to be relevant to all workers, and especially the younger generation. A pipeline should also be developed for new leaders to emerge. The outreach of the organisation should be wide and inclusive, extending itself to as many workers as possible.

MTUC remains the organisation to represent Malaysian workers and trade unions, and it should now step-up and come together to attain this objective in the real sense.

With a firm belief in freedom of expression and without prejudice, FMT tries its best to share reliable content from third parties. Such articles are strictly the writer’s personal opinion. FMT does not necessarily endorse the views or opinions given by any third party content provider. - FMT News, 1/12/2016

Posted by Charles Hector at 9:37 AM 5 comments: